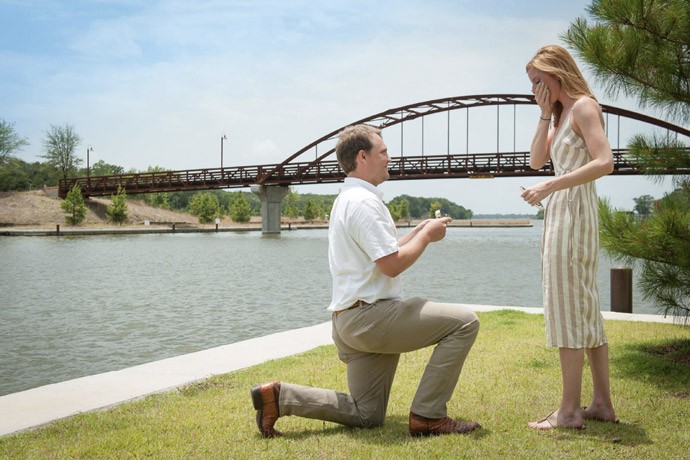 It might be time to make Cupid an honorary Longcovian. From last year’s first-ever Long Cove wedding to the recent engagement of Jane Pinkston and Trey Laidlaw, son of homeowners Don and Suzanne Laidlaw, love is truly in the air.

We enjoy nothing more than hearing about your favorite lakeside memories. So when word spread that Trey had popped the question, we couldn’t wait to get all the deets.

An event months in the making, the proposal took place on Sunday, June 23, and in true Long Cove fashion, it was a family affair from beginning to end.

After securing his future father-in-law’s blessing, Trey got busy planning a proposal that neither he nor Jane would ever forget. Long Cove has been special to the couple since they started dating in 2016 and Trey knew it would serve as the perfect backdrop to their unforgettable day. 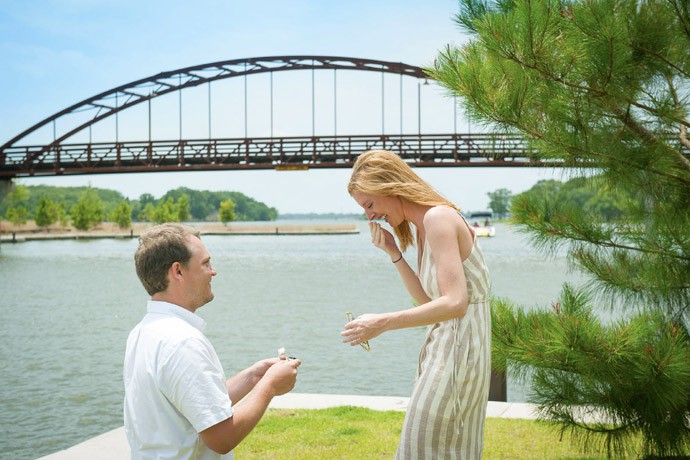 To ensure the event remained a surprise and went as seamlessly as possible, Trey asked his mom and Kristin Clark, our wonderful concierge, to help bring his vision to life.

Working together, the trio hatched a plan to orchestrate the proposal under the guise of a photoshoot for a Long Cove brochure, starring the couple’s beloved chocolate Labrador, Henry. At precisely the right moment, the photographer asked Trey and Jane to jump in for a photo op, which was Trey’s cue to pull out a ring and pop the big question.

“On the day of the proposal, we met up at Henderson Bay Bridge,” says Kristin. “I provided a golf cart and photographer, and then returned to the Sales Office to set up Dom Perignon and Zebra Cakes – Jane’s favorite – and to make sure a limo was ready to whisk them away. Henry came running down the path with the cart following behind, and Trey gave me a thumbs-up to signal that she had said yes! I was so honored to be a part of it all!”

Needless to say, it went off without a hitch. Read on for the groom-to-be’s account of it all – and be sure to wish the couple well when you see them around the lake! 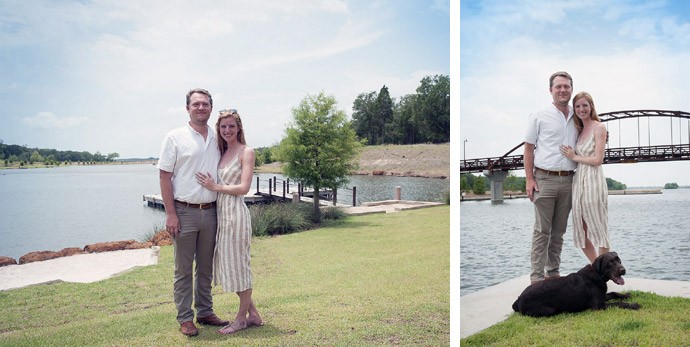 How did you and Jane meet?
We met through mutual friends in January of 2016 but didn’t see each other again until March of 2016. I began asking groups of people to hang out, so I could get to know her better. I finally asked her to dinner and we’ve been dating ever since.

What has Long Cove meant to your relationship?
Jane and I have so many memories at Long Cove. We spend at least 10 weekends a year at the lake and it’s always hard to leave. It’s a special place for the both of us. Since we brought Henry into the family, we find every excuse to get out to the lake. It’s his favorite place in the world!

How did Kristin help bring your vision to life?
She’s amazing; her contribution can’t be overstated. From helping find the photographer to sending cryptic messages to add to the authenticity of “Henry’s Photoshoot,” she helped coordinate with my mom every step of the way.

After she said yes, what memory stands out to each of you the most?
For me, it was just knowing the plan worked and Jane was totally surprised. It was nice knowing that all the moving parts came together and made it special for both of us. It took Jane a while to process what was happening. She was overwhelmed but so happy. And she was overjoyed that it was at a place that’s so special to us. 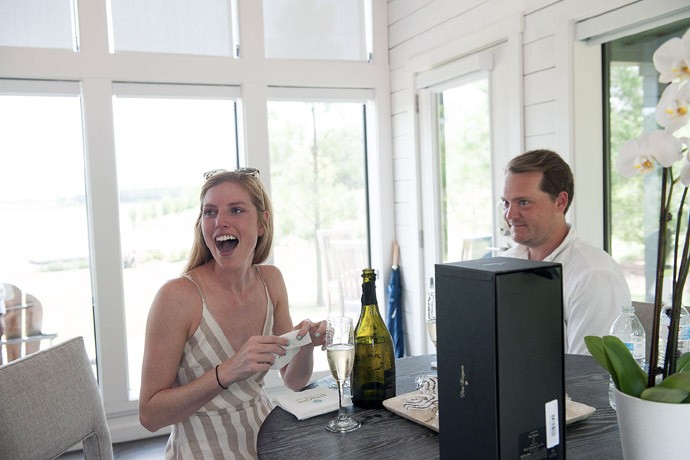 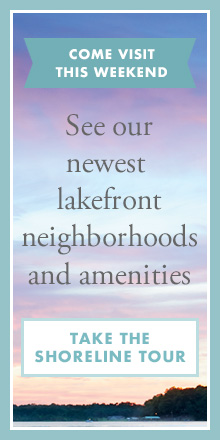